Friday was sleep deprived. I stayed up until 1:30am that night, thinking that would help me fall asleep, but I ended up wide awake for another hour. Then the storms hit which makes Jack cry so I got up to go sleep with him. I turned the ceiling fan on, forgot there was a balloon in the room which drifted toward the center and wrapped itself around the fan making all kinds of noise. I was mad by this point but I finally went to sleep about 3am. 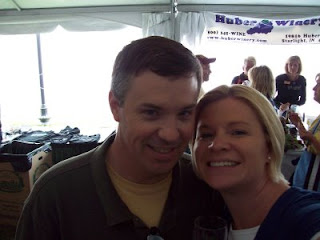 Saturday was full of wine. It was drizzling as we walked up to the tent and by the time we got there, the back of my hair was soaked. I had an umbrella with me but I didn't think it was raining that hard at the time. We bought our tasting tickets and worked our way down one side of the tent. We each tried a different wine then switched glasses. By the time we were ready for the next side, I suggested we go check out some the food at Englebrecht's booth because we were tipsy. We ended up buying 3 bottles from Buck Creek Winery in Indianapolis. We liked some others but knew that either a local store carried it or it was within driving distance. We're not likely to go to Indy anytime soon. 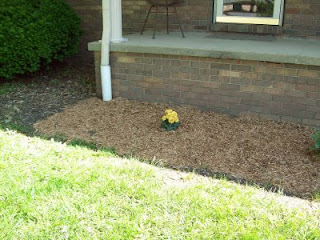 Sunday was yard work day. In the afternoon, I mulched around the front of the house while Pmo set up a bird house in the backyard. I got so into mulching that I went back and bought 4 more bags, on top of the 4 bags I had already used. Mulching is addictive once you see how good it looks. But it's also very tiring. We ended up having cereal for dinner and watching the movie Hancock.
Monday was Bug's day. He really had trouble moving around over the weekend so I bit the bullet and took him to a new vet. I was worried about the price tag, what they would say was wrong with him, and how he would act. But it was a pleasant experience. The staff was really nice. The doctor answered all of my questions. And I got free meds for Bug because they had a sample on hand so the whole thing cost about $40. Bug acted a fool like usual but not too bad. Hopefully he'll get better and x-rays won't be necessary. 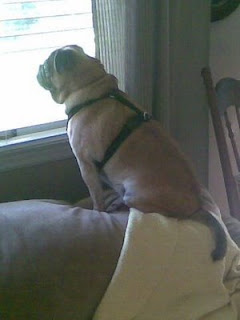 This week, I'm tackling computer storage and cookout invitations. I've decided the tons and tons of pictures and music are making my laptop slower than dirt. So I've bought a few USB drives to free up the memory. Then I'll try the library again to download some new songs. We bought decorative paper and envelopes over the weekend so I'm hoping to get invitations for our summer "reception" sent out this week. Washing and vacuuming my car would be a good idea, too, while it's stopped raining.
(1422)
Posted by Mitzi at 9:32 PM

Mitzi
When your own happiness means something to you, you'll know what to do.